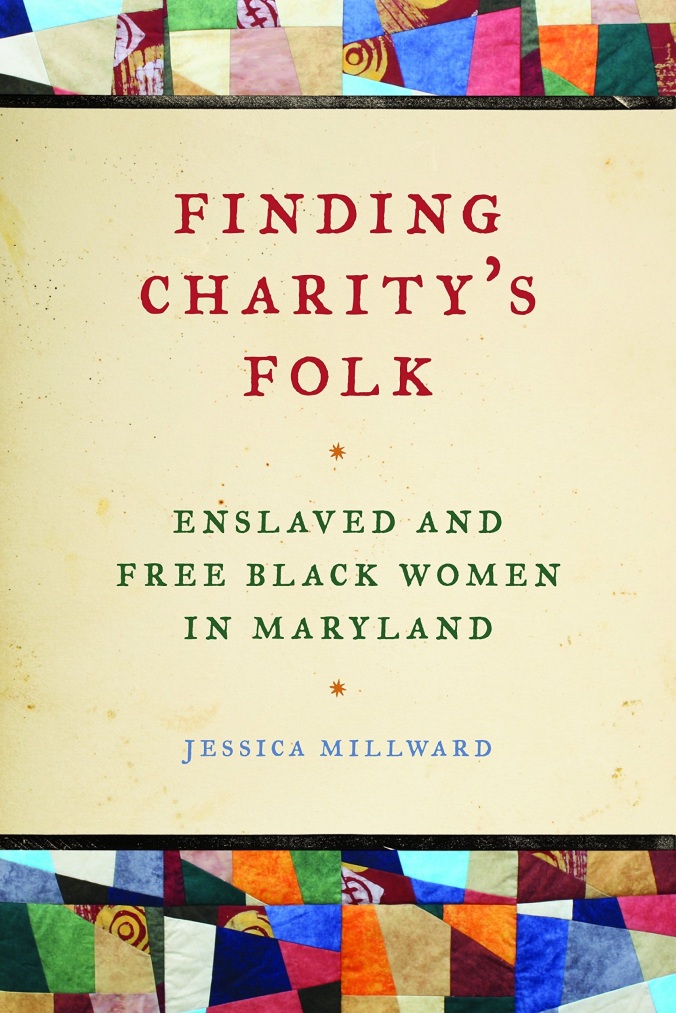 “Finding Charity’s Folk highlights the experiences of enslaved Maryland women who negotiated for their own freedom, many of whom have been largely lost to historical records. Based on more than fifteen hundred manumission records and numerous manuscript documents from a diversity of archives, Jessica Millward skillfully brings together African American social and gender history to provide a new means of using biography as a historical genre.

Millward opens with a striking discussion about how researching the life of a single enslaved woman, Charity Folks, transforms our understanding of slavery and freedom in Revolutionary America. For African American women such as Folks, freedom, like enslavement, was tied to a bondwoman’s reproductive capacities. Their offspring were used to perpetuate the slave economy. Finding loopholes in the law meant that enslaved women could give birth to and raise free children. For Millward, Folks demonstrates the fluidity of the boundaries between slavery and freedom, which was due largely to the gendered space occupied by enslaved women. The gendering of freedom influenced notions of liberty, equality, and race in what became the new nation and had profound implications for African American women’s future interactions with the state.”

One thought on “BOOK: Millward on Charity Folks, Free and Enslaved Women in Maryland”