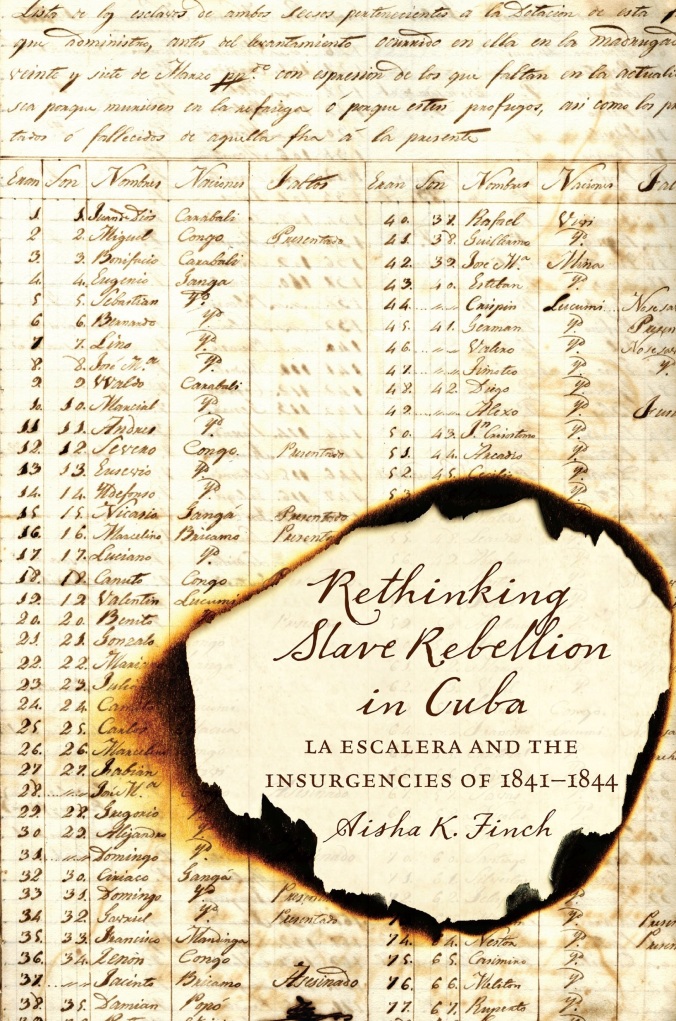 “Envisioning La Escalera–an underground rebel movement largely composed of Africans living on farms and plantations in rural western Cuba–in the larger context of the long emancipation struggle in Cuba, Aisha Finch demonstrates how organized slave resistance became critical to the unraveling not only of slavery but also of colonial systems of power during the nineteenth century.While the discovery of La Escalera unleashed a reign of terror by the Spanish colonial powers in which hundreds of enslaved people were tortured, tried, and executed, Finch revises historiographical conceptions of the movement as a fiction conveniently invented by the Spanish government in order to target anticolonial activities. Connecting the political agitation stirred up by free people of color in the urban centers to the slave rebellions that rocked the countryside, Finch shows how the rural plantation was connected to a much larger conspiratorial world outside the agrarian sector. While acknowledging the role of foreign abolitionists and white creoles in the broader history of emancipation, Finch teases apart the organization, leadership, and effectiveness of the black insurgents in midcentury dissident mobilizations that emerged across western Cuba, presenting compelling evidence that black women played a particularly critical role.”