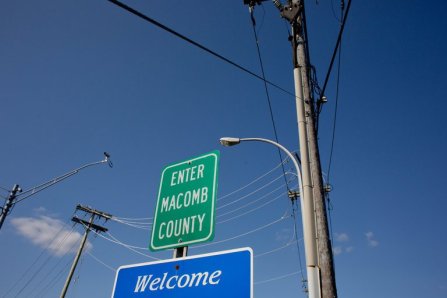 “The violent furor that erupted this summer over the removal of Confederate monuments in several cities was a stark reminder that Americans remain trapped in the residue of slavery and racial violence. In confronting this difficult truth, our attention is naturally drawn to the South. And rightfully so: The South was the hotbed of race-based labor and sexual exploitation before and after the Civil War, and the caldron of a white supremacist ideology that sought to draw an inviolable line between whiteness and blackness, purity and contagion, precious lives and throwaway lives. As the author of three histories on slavery and race in the South, I agree that removing Confederate iconography from cities like New Orleans, Baltimore and Charlottesville, Va., is necessary and urgent.

“However, in our national discourse on slavery’s legacy and racism’s persistent grip, we have overlooked a crucial fact: Our history of human bondage and white supremacy is not restricted to the South.

“By turning the South into an island of historical injustice separate from the rest of the United States, we misunderstand the longstanding nationwide collusion that has produced white supremacist organizers in Fargo, N.D., and a president from New York City who thinks further research is needed to determine the aims of the Ku Klux Klan. Historians of the United States are continually unearthing an ugly truth: American slavery had no bounds. It penetrated every corner of this country, materially, economically and ideologically, and the unjust campaign to preserve it is embedded in our built environments, North and South, East and West. Detroit is a surprising case in point…”

Read it all: The South Doesn’t Own Slavery – The New York Times