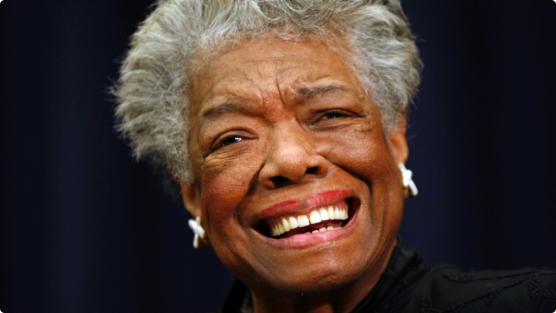 Maya Angelou, whose landmark book of 1969, “I Know Why the Caged Bird Sings” — a lyrical, unsparing account of her childhood in the Jim Crow South — was among the first autobiographies by a 20th-century black woman to reach a wide general readership, died on Wednesday at her home in Winston-Salem, N.C. She was 86.

Her death was confirmed by her longtime literary agent, Helen Brann. The cause of death was not immediately known, but Ms. Brann said Ms. Angelou had been frail for some time and had heart problems.

In a statement, President Obama said, “Today, Michelle and I join millions around the world in remembering one of the brightest lights of our time — a brilliant writer, a fierce friend and a truly phenomenal woman,” adding, “She inspired my own mother to name my sister Maya.”

As well known as she was for her memoirs, which eventually filled six volumes, Ms. Angelou (pronounced AHN-zhe-lo) very likely received her widest exposure on a chilly January day in 1993, when she delivered the inaugural poem, “On the Pulse of Morning,” at the swearing-in of Bill Clinton, the nation’s 42nd president. He, like Ms. Angelou, had grown up poor in rural Arkansas…..

….Her lasting contribution to literature, “I Know Why the Caged Bird Sings,” bore witness to the brutality of a Jim Crow South, portraying racism in stark language. Readers learned of the life of Marguerite Ann Johnson (Angelou’s birth name) up to the age of 16: how she was abandoned by her parents and raped by her mother’s boyfriend. She was homeless and became a teen mother.

Its publication was both daring and historic, given the era of its debut in 1969.

“All of the writers of my generation must honor the ground broken by Dr. Maya Angelou,” author Tayari Jones posted on her Facebook page Wednesday.

“She told a story that wasn’t allowed to be told,” Jones said. “Now, people tell all sorts of things in memoir, but when she told the truth, she challenged a taboo — not for shock value, but to heal us all.”

Black American novelist Julian Mayfield is said to have described the autobiography as “a work of art which eludes description.”…

Maya Angelou for Cole Haan – “I’m sorry I have the glory.”

Sorry, not sorry. Rest in Power.

Featured Image Credit via Vintage Black Glamour: “Maya Angelou doing a little reading in her dressing room before her performance at the Village Vanguard in New York City. Long before she was a poet and writer and the icon we know today, Dr. Angelou was a dancer and singer of folk and calypso songs (she even recorded an album in 1957 called “Miss Calypso” and appeared in the film “Calypso Heat Wave” that same year. This photo was taken by G. Marshall Wilson, who was a staff photographer at Ebony for 33 years. Photo: Art.com”