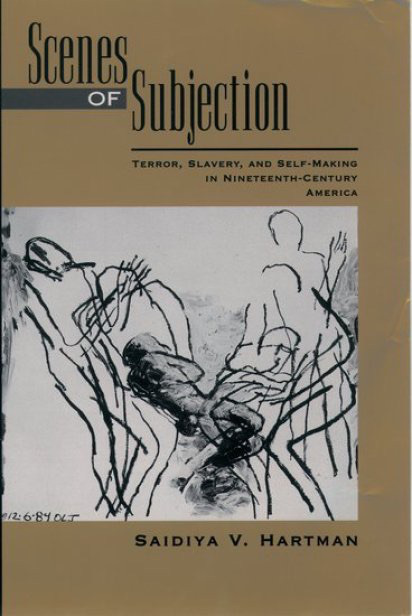 This symposium celebrates the 20th anniversary of Saidiya Hartman’s Scenes of Subjection: Terror, Slavery, and Self-Making in Nineteenth-Century America and its impact on studies of Black lives in the past, present, and future. Please join us as we consider the work’s impact within its intergenerational intellectual context and theorize new possibilities for Black life and Black freedom in these perilous times.
For more on the conference: http://www.scenesat20.com/
Footage from the panels is available and livestreams are available for each day.
via YouTube:

END_OF_DOCUMENT_TOKEN_TO_BE_REPLACED

Christina Sharpe at Northwestern University on children in the Trans-Atlantic Slave Trade Database:

The care work of Christina Sharpe is so necessary right now. Thank you for this. #ADPhD #history #slavery #archive #sources #diaspora

In response to the recent election, #ADPhD is sharing reflections, short takes, and responses from scholars of slavery. To submit yours, click here.

END_OF_DOCUMENT_TOKEN_TO_BE_REPLACED

Christina Sharpe. In the Wake: On Blackness and Being. Durham, NC: Duke University Press, 2016.

END_OF_DOCUMENT_TOKEN_TO_BE_REPLACED 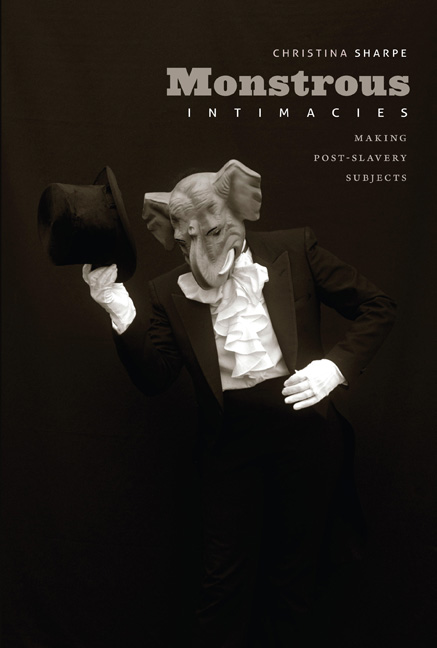 “Arguing that the fundamental, familiar, sexual violence of slavery and racialized subjugation have continued to shape black and white subjectivities into the present, Christina Sharpe interprets African diasporic and Black Atlantic visual and literary texts that address those “monstrous intimacies” and their repetition as constitutive of post-slavery subjectivity. Her illuminating readings juxtapose Frederick Douglass’s narrative of witnessing the brutal beating of his Aunt Hester with Essie Mae Washington-Williams’s declaration of freedom in Dear Senator: A Memoir by the Daughter of Strom Thurmond, as well as the “generational genital fantasies” depicted in Gayl Jones’s novel Corregidora with a firsthand account of such “monstrous intimacies” in the journals of an antebellum South Carolina senator, slaveholder, and vocal critic of miscegenation. Sharpe explores the South African–born writer Bessie Head’s novel Maru—about race, power, and liberation in Botswana—in light of the history of the KhoiSan woman Saartje Baartman, who was displayed in Europe as the “Hottentot Venus” in the nineteenth century. Reading Isaac Julien’s film The Attendant, Sharpe takes up issues of representation, slavery, and the sadomasochism of everyday black life. Her powerful meditation on intimacy, subjection, and subjectivity culminates in an analysis of Kara Walker’s black silhouettes, and the critiques leveled against both the silhouettes and the artist.”