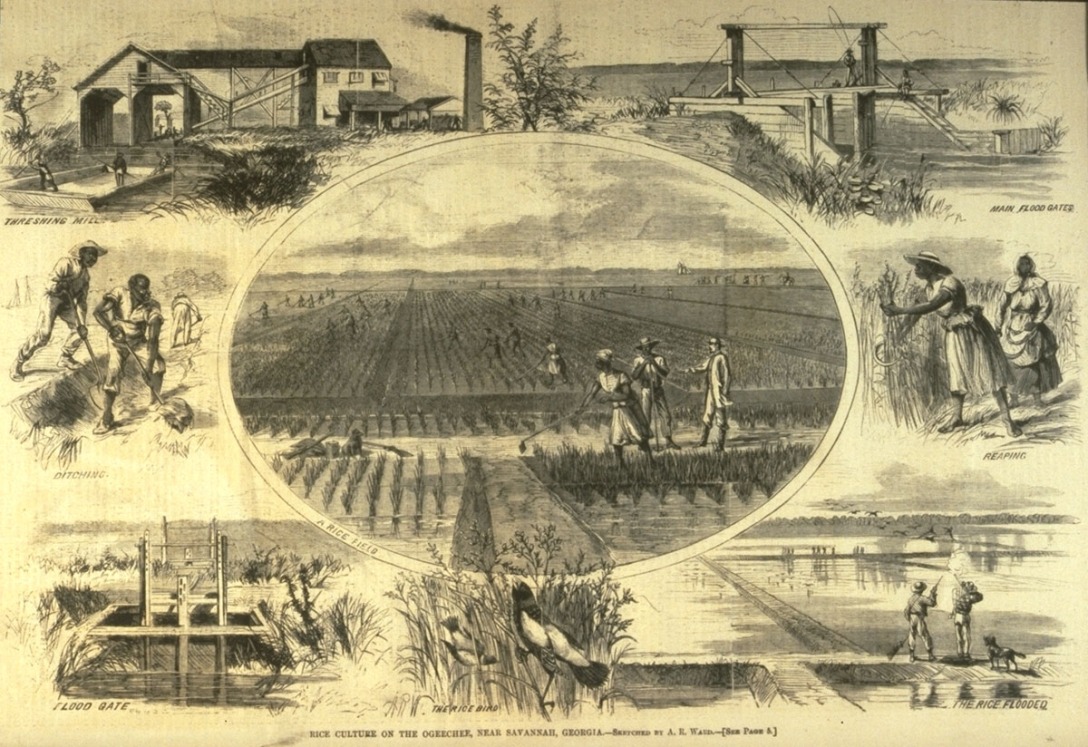 “In 1861, ten enslaved African American women from the Contrell plantation in St. James Parish, Louisiana, ran away along with twenty enslaved men.1 Living in the woods near Bayou Faupron, four miles from the plantation house, the escaped fugitives slept on logs and pilfered livestock from the plantation for three months until they successfully escaped through the swamps to Camp Parapet located above New Orleans, then controlled by Union forces.2 Similarly, on the Manigault’s family Hermitage and Gowrie plantations in Chatham County, Georgia, the fields were not only neglected during the war, but Manigault reported frequent escapes of enslaved men and women who “piloted boats through the creeks, swamps, rivulets, and marshes,” and who assisted the “Yankees in their raids.”3 Dolly, Louis Manigault’s washer for eight years, whom Manigault listed as an “invalid,” was among those who ran away in April 1863 while living with the Manigault family in Augusta…”

Read: Self-Emancipating Women, Civil War, and the Union Army in Southern Louisiana and Lowcountry Georgia, 1861–1865 | The Journal of African American History: Vol 101, No 1-2