“For Jackson’s class, the time in Maryland before that escape commanded the most interest—Douglass’ formative years, before he became the world-famous abolitionist, orator, and writer. Students in the graduate English seminar “Mapping Frederick Douglass” researched and visited regional sites of significance in the young slave’s life, from the Eastern Shore plantations to the streets and shipyards of Baltimore.

“Working with the Maryland Historical Society, the four students combed archives, old newspapers, and census records to trace Douglass’ pathways in the 1820s and ’30s. Then, with JHU’s Sheridan Libraries, they used the ArcGIS digital mapping platform to construct a visual narrative.

“In the end, they had a collection of four digital “story maps…”” 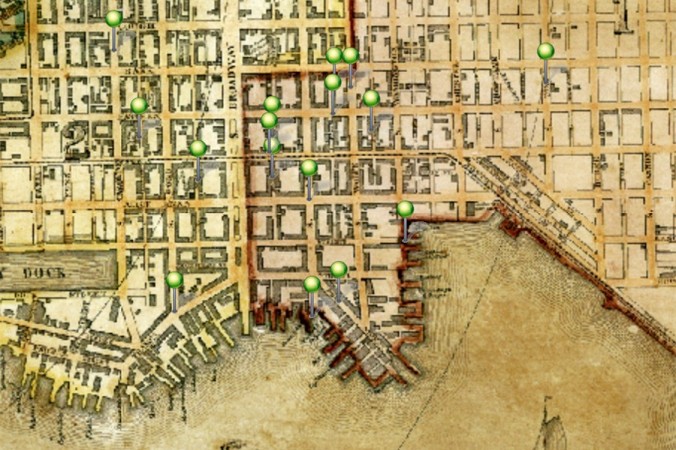