Afua Cooper. The Hanging of Angelique: The Untold Story of Canadian Slavery and the Burning of Old Montreal. Athens: University of Georgia Press, 2007. 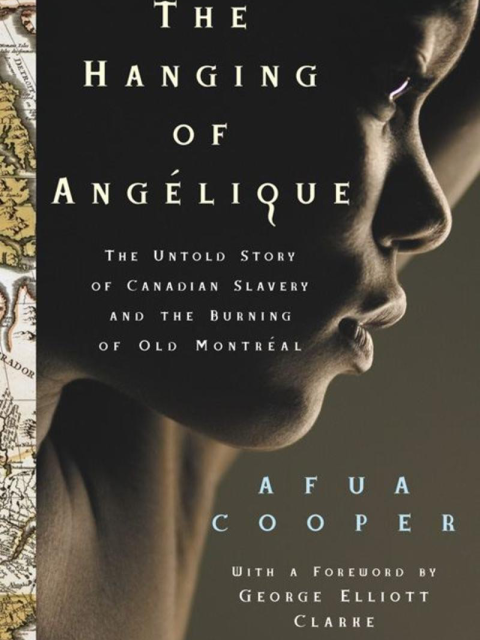 “During the night of April 10, 1734, Montréal burned. Marie-Joseph Angélique, a twenty-nine-year-old slave, was arrested, tried, and found guilty of starting the blaze that consumed forty-six buildings. Suspecting that she had not acted alone and angered that she had maintained her innocence, Angélique’s condemners tortured her after the trial. She confessed but named no accomplices. Before Angélique was hanged, she was paraded through the city. Afterward, her corpse was burned. Angélique, who had been born in Portugal, faded into the shadows of Canadian history, vaguely remembered as the alleged arsonist behind an early catastrophic fire.

“The result of fifteen years of research, The Hanging of Angélique vividly tells the story of this strong-willed woman. Afua Cooper draws on extensive trial records that offer, in Angélique’s own words, a detailed portrait of her life and a sense of what slavery was like in Canada at the time. Predating other first-person accounts by more than forty years, these records constitute what is arguably the oldest slave narrative in the New World.

“Cooper sheds new light on the largely misunderstood or ignored history of slavery in Canada. She refutes the myth that Canada was a haven at the end of the Underground Railroad. Cooper also provides a context for Canada in the larger picture of transatlantic slavery while re-creating the tragic life of one woman who refused to accept bondage.”

2 thoughts on “BOOK: Cooper on Slavery and Resistance in Montreal”