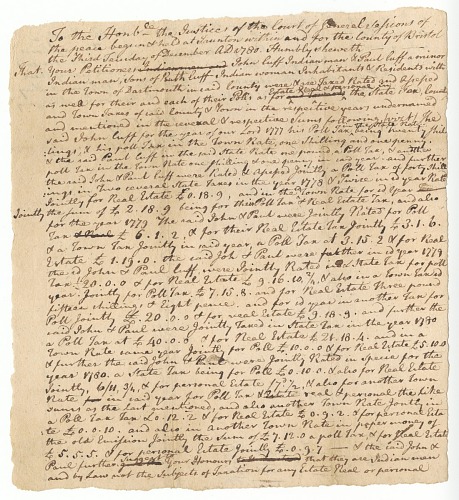 “Paul Cuffe was born a free man in Massachusetts. His mother was Native American and his father was of West African Ashanti lineage. An entrepreneur and philanthropist, Cuffe gained wealth as owner of an international shipping company. Despite his success, as an African American he was viewed as a second-class citizen and denied equal rights. As a taxpayer, Paul Cuffe petitioned the Massachusetts legislature in 1780 and demanded his right to vote. Free and enslaved African Americans petitioned for freedom, equality, and justice through the courts and state legislatures. They sought to assert their rights, promote their identity as citizens of the new nation, and challenge their status as enslaved people.”