“On August 10, 2017, my partner Sara Carlstead Brumfield and I delivered this presentation at Digital Humanities 2017 in Montreal.  The presentation was coauthored by Patrick Lewis, Whitney Smith, Tony Curtis, and Jeff Dycus, our collaborators at Kentucky Historical Society…

“The Civil War Governors of Kentucky Digital Documentary Edition was conceived to address a problem in the historical record of Civil War-era Kentucky that originates from the conflict between the slaveholding, unionist elite with the federal government. During the course of the war, they had fallen out completely. As a result, at the end of the war the people who wrote the histories of the war—even though they had been Unionists—ended up wishing they had seceded, so they wrote these pro-Confederate histories that biased the historical record. What this means is that the secondary sources are these sort-of Lost Cause narratives that don’t reflect the lived experience of the people of Kentucky during the Civil War. So in order to find about that experience, we have to go back to the primary sources.”

“This is Caroline Dennett, who was an enslaved woman who was brought [to Kentucky] as contraband with the Union Army, was “employed” by a family in Louisville, and was accused of poisoning their eighteen month old daughter. There are a lot of documents about here, because there are people writing to the governor about pardoning her, or attesting to her character (or lack of ability to do anything that horrible)…” 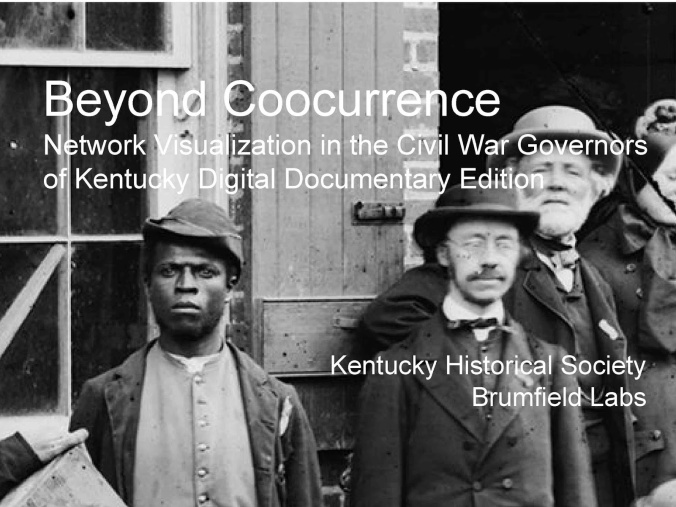