“We cannot be afraid of the truth,” said Landrieu, who along with other city leaders decided to take down the monuments in 2015, a decision that withstood challenges in federal court.

“He called them “symbols of white supremacy” and a part of a movement “to rewrite history, to hide the truth, which is that the Confederacy was on the wrong side of humanity.”

“Also on Friday, in Alabama, the legislature sent a bill to the desk of Governor Kay Ivey that would prohibit the removal of monuments on public property that have been in place for at least 20 years…” 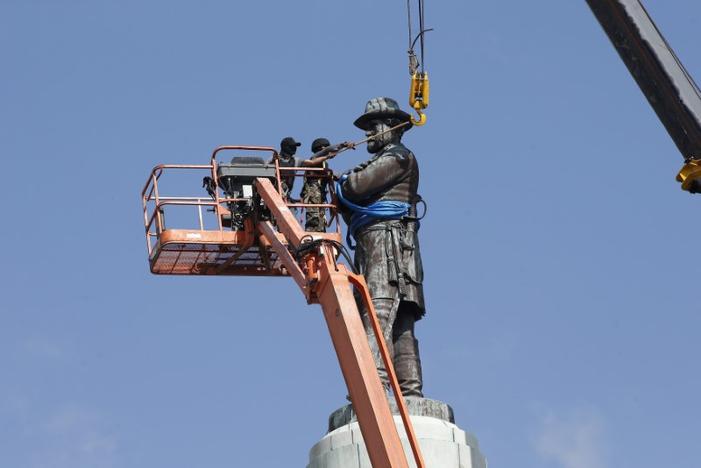