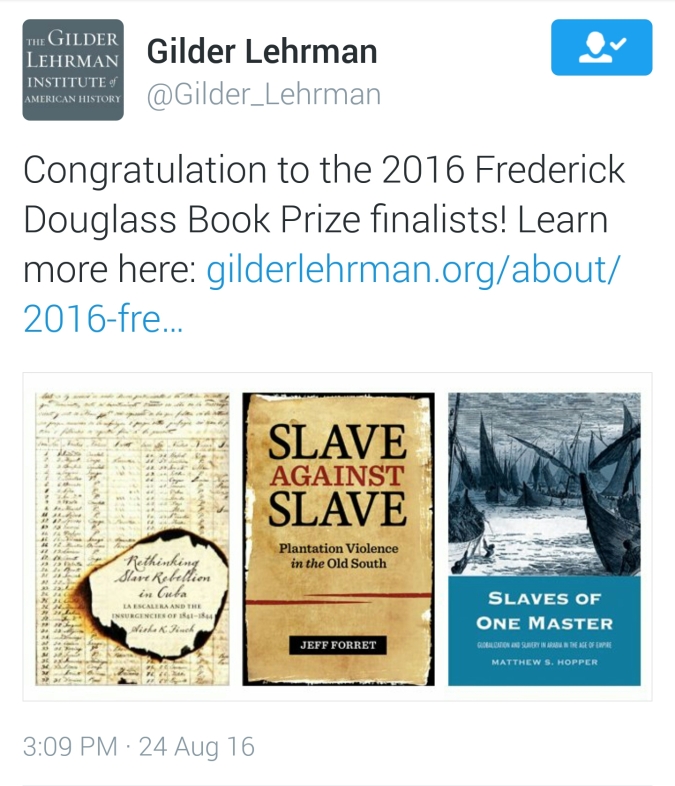 The finalists are: Aisha K. Finch for “Rethinking Slave Rebellion in Cuba: La Escalera and the Insurgencies of 1841-1844” (University of North Carolina Press); Jeff Forret for “Slave Against Slave: Plantation Violence in the Old South” (LSU Press); and Matthew S. Hopper for “Slaves of One Master: Globalization and Slavery in Arabia in the Age of Empire” (Yale University Press).

The winner will be announced following the Douglass Prize Review Committee meeting in the fall, and the award will be presented at a celebration in New York City in February 2017.