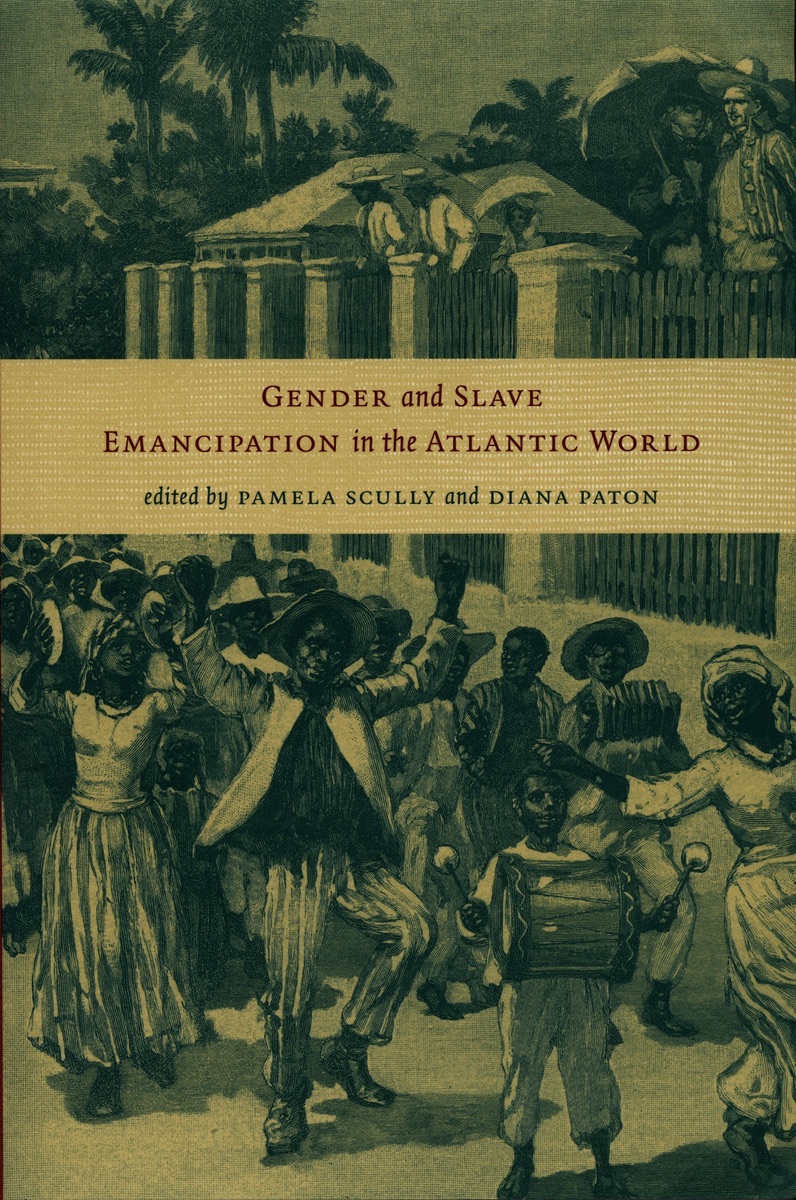 via Duke U Press:

“This groundbreaking collection provides the first comparative history of gender and emancipation in the Atlantic world. Bringing together essays on the United States, Brazil, Cuba, Puerto Rico, West Africa and South Africa, and the Francophone and Anglophone Caribbean, it shows that emancipation was a profoundly gendered process, produced through connections between race, gender, sexuality, and class. Contributors from the United States, Canada, Europe, the Caribbean, and Brazil explore how the processes of emancipation involved the re-creation of gender identities—the production of freedmen and freedwomen with different rights, responsibilities, and access to citizenship.

“Offering detailed analyses of slave emancipation in specific societies, the contributors discuss all of the diverse actors in emancipation: slaves, abolitionists, free people of color, state officials, and slave owners. Whether considering the construction of a postslavery masculine subjectivity in Jamaica, the work of two white U.S. abolitionist women with the Freedmen’s Bureau after the Civil War, freedwomen’s negotiations of labor rights in Puerto Rico, slave women’s contributions to the slow unraveling of slavery in French West Africa, or the ways that Brazilian abolitionists deployed representations of femininity as virtuous and moral, these essays demonstrate the gains that a gendered approach offers to understanding the complex processes of emancipation. Some chapters also explore theories and methodologies that enable a gendered reading of postslavery archives. The editors’ substantial introduction traces the reasons for and patterns of women’s and men’s different experiences of emancipation throughout the Atlantic world.”