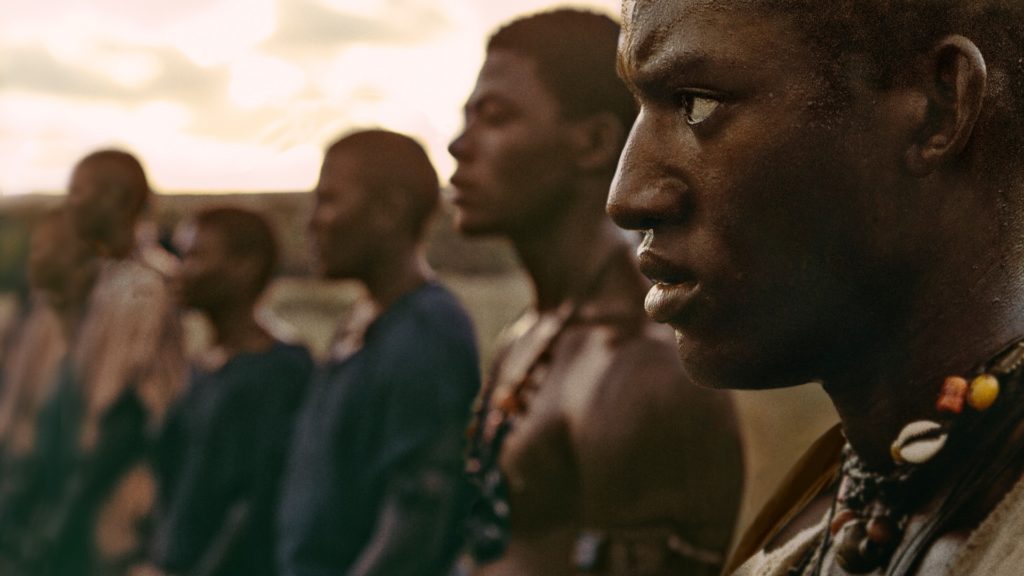 “The first episode of Roots begins on the Middle Passage, the journey that took untold numbers of kidnapped Africans to early and demonic deaths in the sugar cane and coffee fields of the Caribbean. A young Kunta Kinte from Juffureh, West Africa, appears chained, fearful, and ferociously angry. Just like millions of other Africans, Kinte was the victim of an African internal slave trade that spiraled out of control with the involvement of Europeans. The barbarity of his kidnapping, abuse, and branding with the infamous stamp of the Lloyd’s of London offer gut-wrenching attention to Africa’s internal warfare. Scholars such as Stephanie Smallwood, Daina Ramey Berry, Edna Greene Medford, and Lucy Duran steered the series’ directors and producers in the right direction, correcting many historical inaccuracies while adding depth to the lives of West Africans. The first episode clearly demonstrates how increasingly difficult it was to hold onto freedom when it was perched precariously next to enslavement. I imagine that this will be a theme that is touched on throughout the series.

“What I found most powerful in the first episode was its attention to slave resistance. Kunta Kinte’s training as a Mandinka warrior could not overpower the might of European slavery, but it prepared him to fight slavery at every turn. He constantly tries to escape and to fight his captors, and he is unafraid to use deadly force. The new Kinte reminds viewers of the strength and courage of African people, appropriately challenging the stereotypes of docile and timid slaves. No matter how degrading the situation, the enslaved did not lack humanity, nor were they traumatized beyond dignity—a dated myth that is eviscerated in the first episode. Kinte is reminded of this during his horrific Atlantic crossing when a countryman declares, “The shame is not ours!”  The blame of slavery is placed squarely on greed and white racism….”

Read it all: “The Shame Is Not Ours”: Roots, Episode 1 – Process