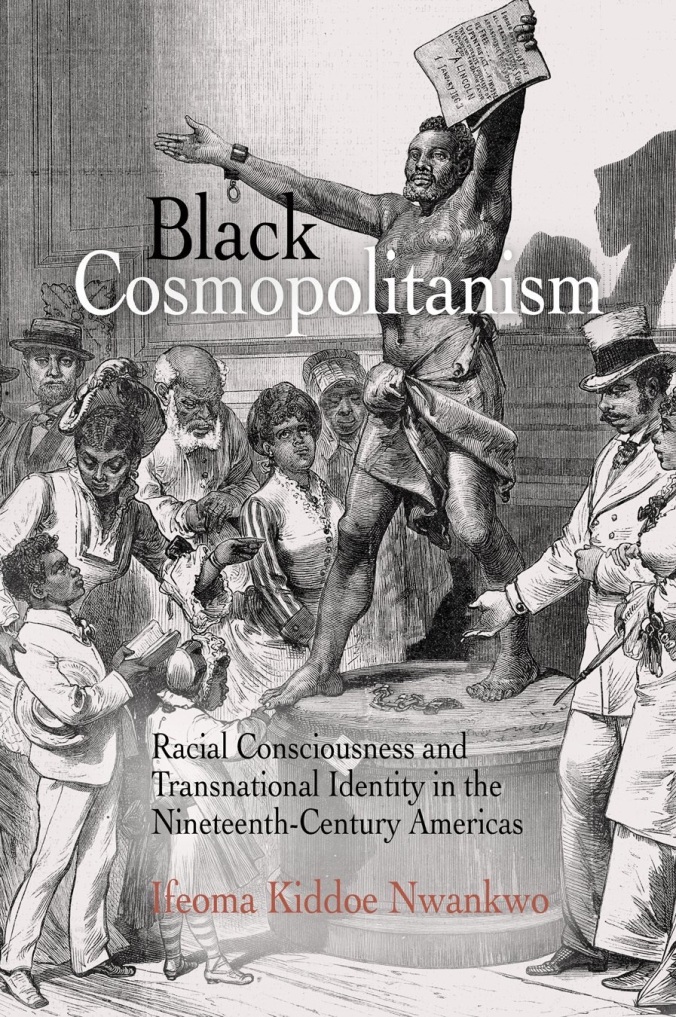 “What are the perceived differences among African Americans, West Indians, and Afro Latin Americans? What are the hierarchies implicit in those perceptions, and when and how did these develop? For Ifeoma Kiddoe Nwankwo the turning point came in the wake of the Haitian Revolution of 1804. The uprising was significant because it not only brought into being the first Black republic in the Americas but also encouraged new visions of the interrelatedness of peoples of the African Diaspora. Black Cosmopolitanism looks to the aftermath of this historical moment to examine the disparities and similarities between the approaches to identity articulated by people of African descent in the United States, Cuba, and the British West Indies during the nineteenth century.

In Black Cosmopolitanism, Nwankwo contends that whites’ fears of the Haitian Revolution and its potentially contagious nature virtually forced people of African descent throughout the Americas who were in the public eye to articulate their stance toward the event. While some U.S. writers, like William Wells Brown, chose not to mention the existence of people of African heritage in other countries, others, like David Walker, embraced the Haitian Revolution and the message that it sent. Particularly in print, people of African descent had to decide where to position themselves and whether to emphasize their national or cosmopolitan, transnational identities.

Through readings of slave narratives, fiction, poetry, nonfiction, newspaper editorials, and government documents that include texts by Frederick Douglass, the freed West Indian slave Mary Prince, and the Cuban poets Plácido and Juan Francisco Manzano, Nwankwo explicates this growing self-consciousness about publicly engaging other peoples of African descent. Ultimately, she contends, these writers configured their identities specifically to counter not only the Atlantic power structure’s negation of their potential for transnational identity but also its simultaneous denial of their humanity and worthiness for national citizenship.”