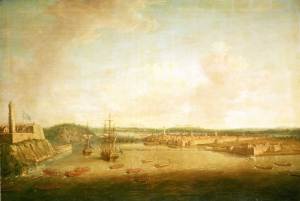 CFP: José Antonio Aponte and His World: Writing, Painting, and Making Freedom in the African Diaspora

Over the past fifteen years, scholars have shown a renewed interest in the political and historical legacy of José Antonio Aponte (?-1812), a free man of color, carpenter, artist, and alleged leader of a massive antislavery conspiracy and rebellion in colonial Cuba in 1811-1812. Aponte was also the creator of an unusual work of art—a “book of paintings” full of historical and mythical figures, including black kings, emperors, priests, and soldiers that he showed to and discussed with fellow conspirators. Aponte’s vision of a black history connected a diasporic and transatlantic past to the possibility of imagining a sovereign future for free and enslaved people of color in colonial Cuba. Although the “book of paintings” is believed to be lost, colonial Spanish officials interrogated Aponte about its contents after arresting him for organizing the rebellions, and Aponte’s sometimes elaborate, always elusive, descriptions of the book’s pages survive in the textual archival record.

From myriad locations in the humanities, historians, anthropologists, philosophers, literary scholars, and art historians have explored the figure of Aponte as artist, intellectual, revolutionary, and theorist. In addition to this scholarly interest, Aponte has also been re-enshrined as a national figure in contemporary Cuba, following a 2012 bicentennial that commemorated his death at the hands of colonial authorities. However, given the recent scholarly and public focus on Aponte, there has not yet been a conference dedicated to the interdisciplinary scholarly perspectives that have sought to advance the study of the singular “book of paintings” and its visionary creator.

“José Antonio Aponte and His World: Writing, Painting, and Making Freedom in the African Diaspora” brings together scholars to discuss the current state of “Apontian” studies and suggest future directions for scholarship. It includes, as well, scholars doing work on questions of historical memory, the intellectual history of the enslaved, and the relationship between text, image, and politics in other settings in order to put Aponte’s history in conversation with a wider world, much, indeed, as his own “book of paintings” tried to do.

The conference will take place in the auditorium of the King Juan Carlos Center at New York University, 53 Washington Square South. Click here for a Google map. The closest subway is the West 4th station where the A, B, C, D, E, F trains stop. For more information, please contact lmr273 [@] nyu [.] edu.

One thought on “CFP: José Antonio Aponte and His World (NYU)”