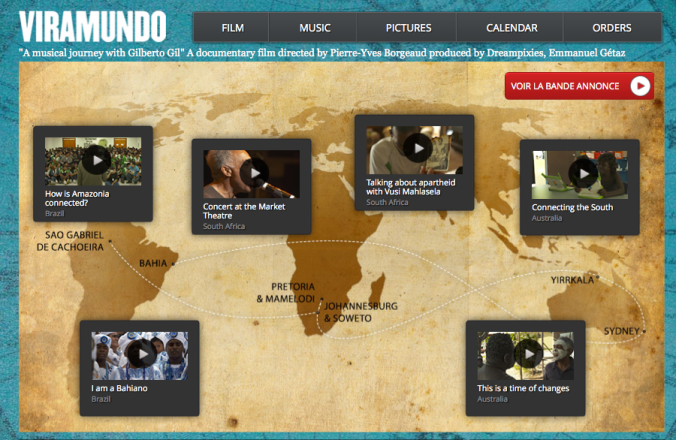 After decades of sold out shows and international recognition, musician Gilberto Gil embarks on a new kind of world tour through the southern hemisphere. From Bahia, he travels to the land of the Aborigines of Australia and the townships of South Africa, ending in the Brazilian Amazon region. With the same passion, Gil continues the work he began as Brazil’s first black Minister of Culture – promoting the power of cultural diversity in a globalized world and sharing his vision for our future: a diverse, interconnected planet filled with hope, exchange… and of course music!

The website provides information on the film, clips, and links to the soundtrack.Gil discusses the film with French music site QoBuz below (French):