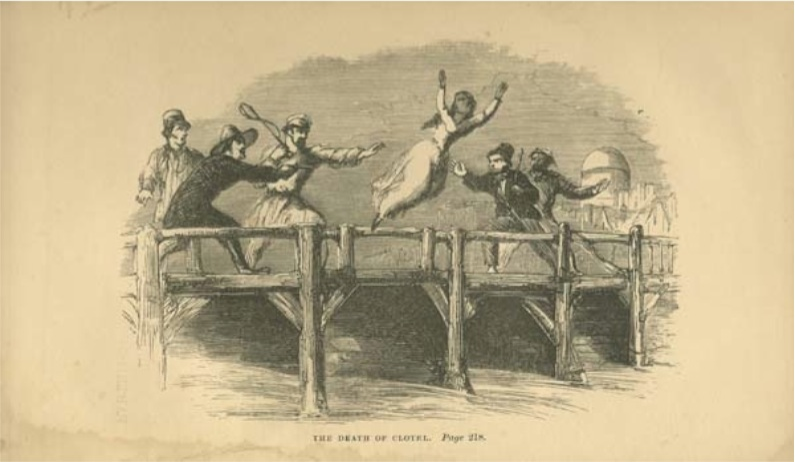 It is no secret that William Wells Brown did not write everything that appears under his name in Clotel; or, the President’s Daughter, the first published novel by an African American. Since 1969, when William Edward Farrison published an edition of Clotel with extensive notes on Brown’s sources, scholars have known that Brown lifted passages from Lydia Maria Child’s “The Quadroons,” John Reilly Beard’s The Life of Touissant L’Ouverture, Bishop William Meade’s Sermons Addressed to Masters and Servants, and Theodore Weld’s Slavery As It Is. Almost all of chapters four and eight and part of chapter twenty-three are taken from “The Quadroons”; the opening of chapter twenty-three and ten sentences in chapter twenty-four are taken from The Life of Touissant L’Ouverture; eight paragraphs in chapter six are taken from Meade’s collection; and four sentences from Weld’s introduction appear in chapter sixteen. Elsewhere, Farrison shows, Brown recycles some of his own previously published material, reprints a poem by Grace Greenwood without identifying her as the author, and incorporates newspaper articles without citing their actual sources.1 In the latter cases, Brown does not actually represent the work of another writer as his own; at most, he simply leaves open the possibility that he composed the passages. The same is true of several similar cases identified by Robert S. Levine in his 2000 edition of Clotel.2 In a 2005 online edition of the novel, however, Christopher Mulvey reported the discovery of six more plagiarized passages, four of which are voiced by Georgiana Carlton, the most lecture-prone character in the novel.3 That brought the total amount of the plagiarism in Clotel to eighteen passages, or 4,781 words, derived from eight different sources….

Image Credit: “THE DEATH OF CLOTEL,” [Frontispiece Image] via DocSouth