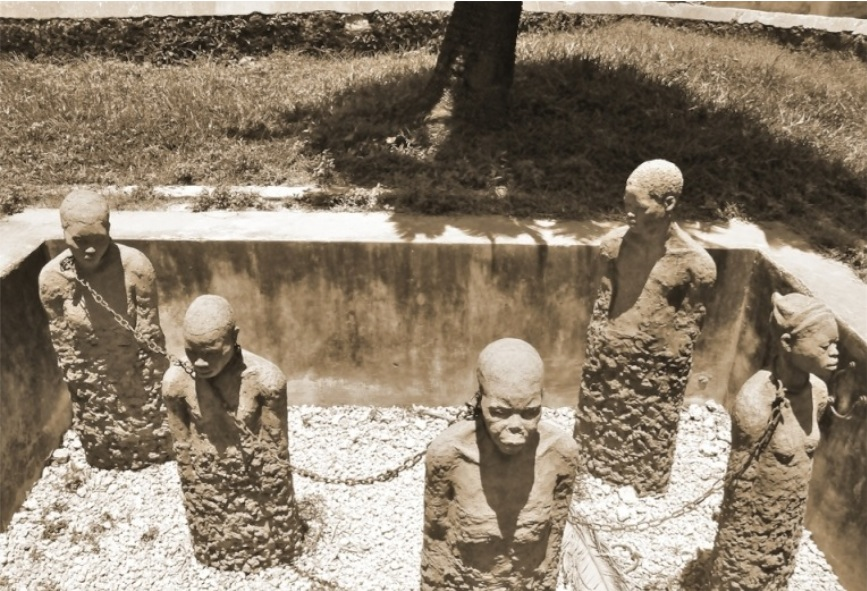 March 25th is United Nations International Day of Remembrance of Slavery Victims and the Transatlantic Slave Trade. The theme for 2013 is ‘Forever Free: Celebrating Emancipation:’

For over 400 years, more than 15 million men, women and children were the victims of the tragic transatlantic slave trade, one of the darkest chapters in human history.

The annual observance of 25 March as the International Day of Remembrance for the Victims of Slavery and the Transatlantic Slave Trade serves as an opportunity to honour and remember those who suffered and died at the hands of the brutal slavery system, and to raise awareness about the dangers of racism and prejudice today.

This year’s theme, “Forever Free: Celebrating Emancipation,” pays tribute to the emancipation of slaves in nations across the world. This year is particularly important with many key anniversaries, including 220 years since France’s General Emancipation decree liberated all slaves in present-day Haiti; 180 years since the Slavery Abolition Act of 1833 ended slavery in Canada, the British West Indies and the Cape of Good Hope; and 170 years ago, the Indian Slavery Act of 1843 was signed. Slavery was also abolished 165 years ago in France; 160 years ago in Argentina; 150 years ago in the Dutch colonies; and 125 years ago in Brazil.

2013 is also the 150th anniversary of the Emancipation Proclamation in the United States, which declared that, on 1 January 1863, all persons held as slaves within any States, or designated part of the State, the people whereof shall be in rebellion against the United States, shall be then, thenceforward, and forever free.

The transatlantic slave trade raged for 400 years and claimed more than 15 million victims. Africans and people of African descent were victims of these brutal acts and continue to suffer the consequences.

On the International Day of Remembrance of the Victims of Slavery and the Transatlantic Slave Trade, we tell the world to never forget this global crime against humanity.

We must never forget the torture, rape and killing of innocent men, women and children, the families that were separated, the lives that were uprooted, and the horrific conditions on slave ships, plantations and at slave markets. These degradations cannot be buried by time; they must be examined, understood and addressed.

As we reflect on the contemporary consequences of this tragedy, let us remember the bravery of those who risked everything for freedom and those who helped them on that perilous path. Their courage should inspire us as we struggle against contemporary forms of slavery, racism, racial discrimination, xenophobia, and related intolerance.

This year, along with sombre reflection, we have special reason to celebrate. We mark 150 years since Abraham Lincoln issued the Emancipation Proclamation, freeing millions of African-Americans from enslavement.

This year also marks other milestones. In 1833, slavery ended in Canada, the British West Indies and the Cape of Good Hope. Some 170 years ago, the Indian Slavery Act of 1843 was signed. Slavery was abolished 165 years ago in France; 160 years ago in Argentina; 150 years ago in the former Dutch colonies; and 125 years ago in Brazil.

On this Day, let us pledge to honour and restore the dignity of affected people and to intensify efforts to eliminate the remnants of slavery that persist in our world.

[UPDATE] (via African Burial Ground National Monument FB): The United Nations Headquarters in New York will exhibit an original copy of the Emancipation Proclamation in their visitors lobby. You can also view a commemorative meeting of the General Assembly on at http://webtv.un.org/

2 thoughts on “TODAY: International Day of Remembrance of the Victims of Slavery and the Transatlantic Slave Trade”