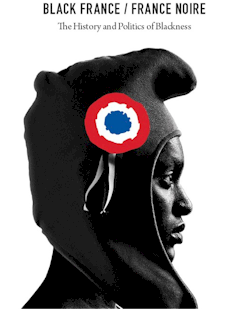 In Black France / France Noire, scholars, activists, and novelists from France and the United States address the untenable paradox at the heart of French society. France’s constitutional and legal discourses do not recognize race as a meaningful category. Yet the lived realities of race and racism are ever-present in the nation’s supposedly race-blind society. The vaunted universalist principles of the French Republic are far from realized. Any claim of color-blindness is belied by experiences of anti-black racism, which render blackness a real and consequential historical, social, and political formation. Contributors to this collection of essays demonstrate that blackness in France is less an identity than a response to and rejection of anti-black racism. Black France / France Noire is a distinctive and important contribution to the increasingly public debates on diversity, race, racialization, and multicultural intolerance in French society and beyond.

Afro-Europe posted a round-up of links related to race, racism, and blackness in France. Click here for more.