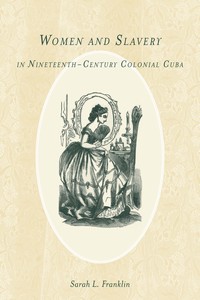 Scholars have long recognized the importance of gender and hierarchy in the slave societies of the New World, yet gendered analysis of Cuba has lagged behind study of other regions. Cuban elites recognized that creating and maintaining the Cuban slave society required a rigid social hierarchy based on race, gender, and legal status. Given the dramatic changes that came to Cuba in the wake of the Haitian Revolution and the growth of the enslaved population, the maintenance of order required a patriarchy that placed both women and slaves among the lower ranks.Based on a variety of archival and printed primary sources, this book examines how patriarchy functioned outside the confines of the family unit by scrutinizing the foundation on which nineteenth-century Cuban patriarchy rested. This book investigates how patriarchy operated in the lives of the women of Cuba, from elite women to slaves. Through chapters on motherhood, marriage, education, public charity, and the sale of slaves, insight is gained into the role of patriarchy both as a guiding ideology and lived history in the Caribbean’s longest lasting slave society.

Sarah L. Franklin is assistant professor of history at the University of North Alabama.