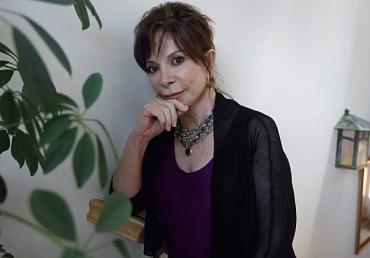 Her latest novel, “Island Beneath the Sea,” which Allende began four years ago on Jan. 8, tells the story of Zarité, a slave and concubine in Haiti at the turn of the 19th century just before the island’s successful slave rebellion.

An orphan who is bought by a French plantation owner, Zarité works for the master as a housekeeper, suffering repeated rapes that produce three children, all who are eventually taken from her.

Zarité maneuvers among the worlds of the slaves, the whites and the spirit world of voodoo to ultimately orchestrate her own escape during the slave revolt, when the half million slaves murdered Napoleon’s troops and burned down the plantations, making Haiti the first free nation of former slaves in the world.”

Zarité is the extreme case of all the women I have written about combined,” Allende said. “She was born strong, yet she has to overcome incredible obstacles just to be included in her own life – to have a say in how many children she has, where she lives, who she loves and how she makes her living.”