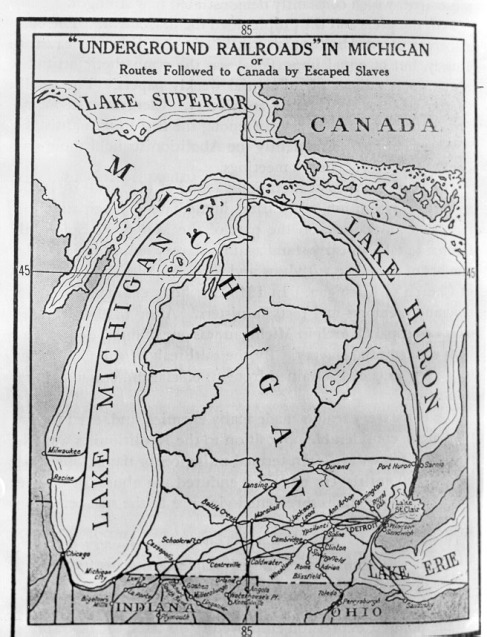 “Repeatedly throughout history, African Americans have played a role in shaping our country’s development.

The years previous to and during the War of 1812 were no exception.

Slavery was increasingly becoming an issue for the United States and Canadian governments. The differences between the two country’s policies often meant the difference between bondage and freedom. Yet, due to policy changes and confusing and conflicting laws, freedom would vacillate back and forth.

Situated at the border between both countries, the Detroit area, including Frenchtown, played an important role in the African-American experience. A number of slaves escaped across the Detroit River “to” Michigan, while at the same time others escaped “from” Michigan.

To an African American, emancipation meant more than just being free, it meant the opportunity to belong to a country as a citizen and be afforded the same opportunities as whites, including the right to defend one’s country…”