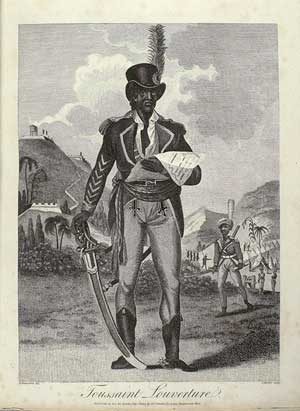 Via The Displacement of the American Novel:

Strangely, former defense secretary Donald Rumsfeld and Slovenian intellectual Slavoj Žižek can help contemporary readers understand the significance of Leonora Sansay’s fascinating and only recently rediscovered novel of Caribbean intrigue, Secret History; or The Horrors of St. Domingo (1808). Defending the Iraq War, Rumsfeld classified the threats posed by Iraq’s weapons: 1) known knowns, or what we know that we know; 2) known unknowns, or what we know that we don’t yet know; and 3) unknown unknowns, or what we don’t even know that we don’t yet know. According to Rumsfeld, these unknown unknowns were the gravest threat, the unanticipated weapons of mass destruction secretly in manufacture or ready for deployment. Žižek responded to this “amateur philosophising” in the Guardian. He cleverly noted that Rumsfeld left out a fourth category: “the ‘unknown knowns,’ things we don’t know that we know,” or, “the Freudian unconscious.” Although Rumsfeld believed that the unknown unknowns were most disturbing, “the Abu Ghraib scandal shows where the main dangers actually are in the ‘unknown knowns,’ the disavowed beliefs, suppositions and obscene practices we pretend not to know about, even though they form the background of our public values.”

This structure of known/unknown is oddly germane to the development of early republican imaginative prose and especially to Sansay’s peculiar novel. Secret History exposes the unknown known of early republican culture: the nation’s repressed struggle with slavery and the universalist principles embraced in its foundational documents. Turning to fiction, Sansay capitalized on the pioneers of the early American novel but also leveraged the popular appetite for partisan exposé, the indelicate literature of hagiography and partisan penchant for character assassination. Though obscure in its own time and as of yet in ours, too, her synthesis of fiction and biography ought to be recognized as a significant development in American fiction, one that influenced the mock-historical imagination of Washington Irving, the broad historical canvas of James Fenimore Cooper, and the revisionist novels of Gore Vidal. Secret History is a self-consciously diagnostic, imaginative exploration of trends in American letters and their relationship to broader social and political contexts. It’s a great read, but it’s also a tremendously rich experiment in stretching the potential of fiction in the early nineteenth century…

Read the rest at The Common Place.